The way forward for our ‘New World City’ 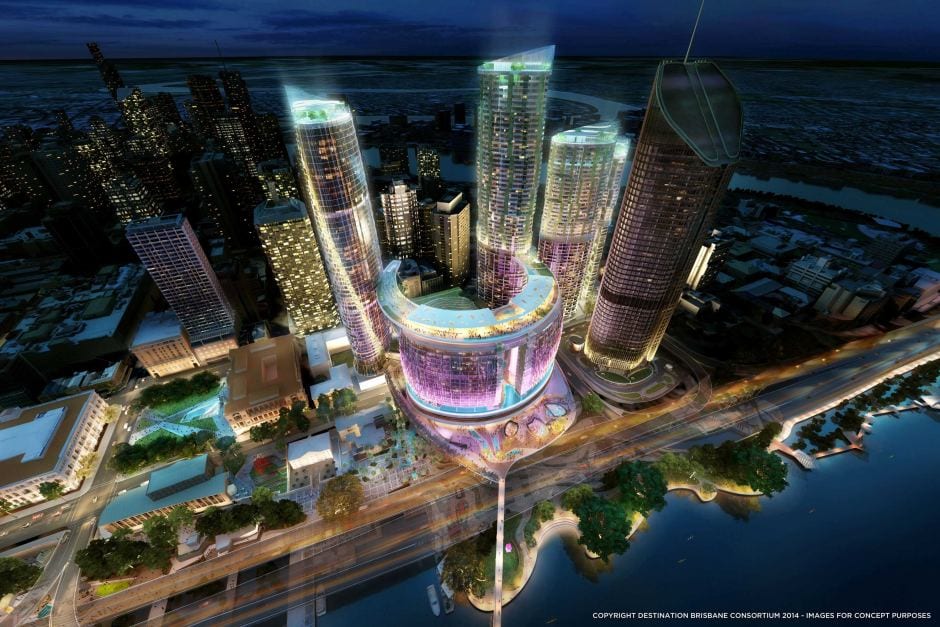 Our management team, along with business and industry leaders across Queensland discussed Brisbane’s future at The Courier Mail’s ‘Future Brisbane’ campaign luncheon in September. The campaign was designed to take an in-depth look at where Brisbane is now, where it should be, and how to get there.

We had the pleasure of listening to renowned social commentator and demographer Bernard Salt deliver a keynote address at the luncheon, outlining his exclusive research into Brisbane and its future. We got to find out the achievements of Brisbane and identified areas where the city and where its leaders must improve.

Our capital city has come a long way in a short time from being regarded as “just a big country town”, to now, being presented as a New World City of opportunity.

Brisbane is seeking to redefine what a “New World City” is. Not so much being a corporate hub, but being a centre for trade, talent and technology. We saw that Brisbane’s leaders have got two things absolutely right: the need to go global in a confident way, and the importance of the SEQ regional partnership. This leadership has created the opportunity for a much deeper joint venture with the state and Commonwealth governments that both should now seize, sustain and amplify.

For Brisbane and South-East Queensland, the future is not just about becoming a New World City region, it is about showing others how to do it, and enjoying the fruits of taking leadership for the next generation trading cities in a still rapidly expanding world.

It was discovered that Brisbane is an easy place to live in comparison to Australia’s big guns, Sydney and Melbourne. Property is affordable, the traffic manageable, and things are accessible. The keys to preserving that easy feel while embracing a future that will bring with it enormous change – and not inconsiderable challenge – are technology and affordability.

While Brisbane is trying to position itself as “Australia’s New World City”, it remains good old “Brissie” for many locals. With 41% of locals preferring “Brissie” to be the most popular moniker, 24% preferring the name “Brisvegas” and the term “overgrown country town” was a distant third.

The name “New World City”, the description coined by Brisbane City Council and Brisbane Marketing since 2011 to promote the capital to investors, tourists, students and new residents, is still yet to catch on to locals.

Much to our excitement, we got to discuss and find out more about the transformative new Queens Wharf Brisbane development. If you are yet to hear of this development, the Queen’s Wharf Brisbane is a multi-billion-dollar integrated resort being developed by the Destination Brisbane Consortium, a joint venture comprised of their lead partner, The Star Entertainment Group, and two Hong Kong partners. The way the prescient is expected to work is a combination of repurposing heritage buildings into bars, restaurants and retails and having the integrated results blended into it.

The Star Entertainment Group Queensland managing director said, “It’s very much about having a place that local people can come and enjoy. South Bank has been unbelievable but the north side of the river has not. As the sun starts to set, perhaps this side of the river can come to life a bit more.”

Queen’s Wharf is expected to really accelerate Brisbane’s development as a globally competitive international destination. So, there will be premium hotels, entertainment options, bars, restaurants and a range of other attractions.

It was a pleasure to attend this event and get an insight as to where Brisbane is now and where our future leaders see it in the near future. For more of an insight over how Brisbane is expected to change over the near few years, visit The Courier Mail today!